RapidScale’s CloudOffice solution continues to dominate the national marketplace, prompting additional leadership hires throughout the U.S. to meet the growing demand. Eric Solomon, a proven leader, was voted a top 15 Channel Manager by the readership of Channel Partners magazine a total of 4 times. 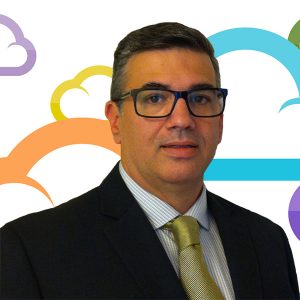 [CHICAGO, IL: January 28th, 2014] RapidScale continues its rapid sales expansion by adding a proven channel leader in the North Central Region of the United States. Eric Solomon will join RapidScale as the Director of Channels. Mr. Solomon’s role will be to lead the RapidScale business model of developing strategic partnerships with VAR’s, MSP’s, Master Agents and Agents. Mr. Solomon has spent numerous years in the telecom and cloud space with roles at ICG Communications, Cbeyond, Covad, and more recently, PAETEC Communications (now Windstream Communications). For many years, Mr. Solomon had been considered one of the strongest channel leaders at PAETEC Communications having won many sales awards for his hard work and support of his agents.

Mr. Solomon’s passion for sales started in Chicago’s highly competitive light industrial temporary staffing arena. While there, Mr. Solomon developed a strategy to help him find and overcome the roadblocks incurred by the sales process and cultivate a path of least resistance. The moment he finally had someone say “yes” after hearing “no” so many times, he broke it down to a formula that worked. This formula has made him tremendously successful within the channel and an exciting addition to the RapidScale Channel Management team.

RapidScale is a quickly growing multi-million dollar company that has found extreme success in the cloud computing industry. Their comprehensive solutions range from virtual desktops, virtual servers, hosted Microsoft Exchange, an extremely fast disaster recovery solution, and an all-in-one small and medium business IT solution. See the demo here. RapidScale CEO, Randy Jeter, believes “Mr. Solomon will be an exceptional addition to the RapidScale team. His years of knowledge and experience have made him a known face around the Chicagoland area and we are thrilled to have him as a part of our team.”

As part of the launch of Mr. Solomon’s territory, he will be hosting an introductory event on February 19th in the Chicago area. If you are interested in attending or to learn more about RapidScale’s cloud solutions, please contact events@rapidscale.net

RapidScale is seen as a global leader in cloud services, a great company to work for, and a joy to do business with. We are focused on the convergence of Desktop as a Service and Business Apps as a Service. That integration is the basis for being the “Next Generation Computer” alongside our world-class solutions including Infrastructure as a Service, Disaster Recovery as a Service, Hosted Exchange, and more. No longer will the computer be a device you’re chained to, but a secure place in our cloud. In order to get that end result, RapidScale has learned to think outside of the box, find brilliant technology minds, and set forth an innovative plan to develop the fastest and most advanced global application network in the world. With RapidScale, you can use any device, store anything, and access any app from anywhere in the world. For more information, visit rapidscale.net

Partners in Texas, Oklahoma, Arkansas, and Louisiana continue to be supported by a seasoned sales leader and technology expert.   RALEIGH, N.C. – Jan. 12, 2023 – RapidScale, a Cox Business company, welcomes Dean Hovind as a cloud solutions consultant for the central south region. Reporting to Mark Szotkowski, Hovind will be responsible for building ...