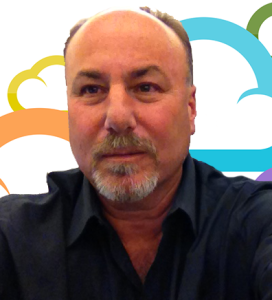 [Irvine, CA: February 20th, 2014] RapidScale, an innovative Cloud Computing solutions provider, welcomes Jeff Meltzer to the RapidScale team as Vice President of Wholesale. Having sold cloud-based software for the last 12 years, Mr. Meltzer is passionate about the market and brings his experience and enthusiasm to the RapidScale team. During Mr. Meltzer’s tenure at Citrix, he had the opportunity to work with the RapidScale team on numerous occasions including a project with Verizon Wireless on a Desktop as a Service offering. “It was clear to not only myself, but many of the senior engineers at Citrix that RapidScale is far advanced in their product offerings, which puts RapidScale in a very unique and exciting position. The hosted desktop market, especially for today’s small and medium businesses, is a multi-billion dollar industry. A company like RapidScale levels that playing field so an SMB company can compete with an Enterprise organization,” says Meltzer.

Prior to joining RapidScale, Mr. Meltzer was a Major Account Executive for Citrix who is a leader in the Cloud and Virtualization market. He worked in their Citrix Service Provider (CSP) program for both North America and Latin America. Mr. Meltzer launched both Direct and White Label programs to drive Desktop as a Service (DaaS) with Tier 1 & 2 providers like AT&T, Cox Business, Telefonica Brazil, UNE (Colombia) and a host of others.

Much of Jeff Meltzer’s experience has been working in the Channel. He got his start in the cloud in the late 90’s working for Verio, an NTT company. Mr. Meltzer’s role in business development allowed him to broker deals with the likes of Microsoft, Computer Associates, and many other dot com companies in the early stages of the Internet and ASP.

RapidScale Co-Founder and CEO, Randy Jeter, believes “Mr. Meltzer will be an exceptional addition to the RapidScale team. His large enterprise sales experience and virtualization expertise brings a coveted skill set to a company that is quickly becoming the market leader in Desktop as a Service to the SMB and Enterprise markets.”

RapidScale, a cloud services innovator, delivers world?class, secure, and reliable cloud computing solutions to companies of all sizes globally. Their state of the art CloudOffice platform and market leading cloud solutions are the reason why RapidScale is the provider of choice for leading telecommunications providers, VARs, MSPs and agents throughout the United States. RapidScale is not only delivering a service, but they’re innovating advanced solutions and applications for the cloud computing space. Today, many of the top carriers, VARs, MSPs and master agents across the globe are selling RapidScale’s cloud solutions to their customers. RapidScale’s market leading solutions include: CloudServer, CloudDesktop, CloudOffice, CloudRecovery, CloudApps and more. For more information on RapidScale visit rapidscale.net or blog here

Bringing over 15 years of experience in technology sales and consulting, LisaMarie will be supporting channel partners in growing their cloud businesses and helping to meet the IT needs of their customers.   RALEIGH, N.C. – September 16, 2022 – RapidScale, a Cox Business company, welcomed LisaMarie Lancer to the company as a cloud solutions ...

For two years in a row, RapidScale has been recognized by Triangle Business Journal for Best Places to Work, receiving high marks in team effectiveness, trusted collaboration, and dynamic leadership.   RALEIGH, N.C. – August 31, 2022 – RapidScale, a Cox Business company, is proud to have earned a spot as one of the Triangle ...