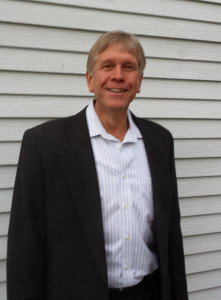 This significant hire truly indicates RapidScale’s commitment to building the strongest cloud sales team in the channel for VAR’s, MSP’s and Master Agents.

[Orange County, CA: December 3rd, 2013] RapidScale, a leading cloud services provider, brings Jerry Tedino onboard starting December 1, 2013, to be the Vice President of Channel Sales in the East Region. Mr. Tedino previously served as VP/GM of Channel Sales at Windstream Communications (formerly PAETEC Communications) where he spent 13 years. As a company founder of PAETEC, Mr. Tedino initiated and provided stable leadership for one of the most high-powered and dynamic indirect sales channels in the industry.

Randy Jeter, founder and CEO of RapidScale, was a former Sr. Channel Manager of PAETEC Communications for seven years. While at PAETEC Communications, Mr. Jeter spent many years admiring the leadership skills and passion Mr. Tedino brought to his team and to the channel. This hire signifies a growth plan for RapidScale that will further expand throughout the U.S. in 2014.

“PAETEC always hired the best people. We sought those employees with great moral character, work ethic and team spirit. More often than not, we found those special people who care and those who value human relationships above everything else, relationships in the workplace, with customers, in the community and at home. No one better epitomized our mission statement than Jerry Tedino. This fact is best exemplified when I chose him to receive PAETEC’s most prestigious award, The Lifetime Achievement in 2008.” – Arunas Chesonis, former Chairman and CEO, PAETEC Communications and current Chairman and CEO of Sweetwater Energy.

Mr. Tedino has also held management roles with ACC Telecom, RCI, Cable & Wireless and Sprint. He serves on the board of The Friends of Rigby Foundation. Mr. Tedino also holds a Bachelor’s degree in Business Management from Fairfield University.

Headquartered in Southern California, RapidScale is seen as a global leader in cloud services and a great company to work for and do business with. Organizationally we are focused on the convergence of Desktop as a Service and Business Apps as a Service. That integration is the basis for being the “Next Generation Computer.” No longer will the computer be a device you’re chained to, but rather, a secure place in our cloud. In order to achieve that end result, RapidScale has learned to think outside of the box and find brilliant technology minds. They have set forth an innovative plan to develop the fastest and most advanced global application network in the world. With RapidScale, you can use any device, store anything, and access any app from anywhere in the world.

Partners in Texas, Oklahoma, Arkansas, and Louisiana continue to be supported by a seasoned sales leader and technology expert.   RALEIGH, N.C. – Jan. 12, 2023 – RapidScale, a Cox Business company, welcomes Dean Hovind as a cloud solutions consultant for the central south region. Reporting to Mark Szotkowski, Hovind will be responsible for building ...