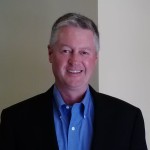 August 26, 2013, Dallas, Texas: RapidScale has become a leader in cloud computing solutions. Their philosophy has followed a “We Care” customer service approach alongside of their cutting-edge full-suite of cloud services. RapidScale is proud to announce a new VP of Channels to the central region, Tom Osvold, who will be headquartered in Dallas, Texas in their new office. Mr. Osvold has a strong background in sales leadership and channel sales. He has promoted, evangelized and delivered next generation technology services to operators, MSOs and the Channel for over 15 years. His expertise comes from working with senior executives across a wide variety of environments, networks, verticals and global territories.

Prior to RapidScale, Mr. Osvold served as Senior Director of Sales at NetNumber, where he was instrumental in securing new business with a number of Tier I and II operators as well as establishing and growing the company’s global content aggregator line of business. With his knowledge and experience, he will bring a skilled approach to the channel and its ever-changing needs with the cloud. RapidScale has built a complete set of products for the business world including its CloudDesktop (Desktop as a Service), CloudServer (Infrastructure as a Service), CloudRecovery (Disaster Recovery as a Service) and CloudOffice (All-in-one solution) solutions.

Randy Jeter, CEO of RapidScale, is excited about the addition of Tom Osvold to the leadership team. Mr. Osvold brings years of carrier experience, relationships and Cloud knowledge to the team. “Mr. Osvold is coming in at a time of tremendous growth and will be put in charge of leading our White Label, Cable Company and Carrier vertical approach, which is expanding quickly with the launch of CloudOffice our SMB all-in-one cloud solution” says Mr. Jeter.

Headquartered in Southern California, RapidScale is seen as a global leader in cloud services, a great company to work for, and a joy to do business with. We are focused on the convergence of Desktop as a Service and Business Apps as a Service. That integration is the basis for being the “Next Generation Computer.” No longer will the computer be a device you’re chained to, but rather, a secure place in our cloud. In order to get that end result, RapidScale has learned to think outside of the box, find brilliant technology minds, and set forth an innovative plan to develop the fastest and most advanced global application network in the world. With RapidScale, you can use any device, store anything, and access any app from anywhere in the world.

Leading managed cloud services provider was celebrated at an evening reception among the best and brightest in the state’s tech sector.     Raleigh, N.C. Nov. 30, 2022 – RapidScale, a Cox Business company, has been selected as a winner for the NC TECH Awards’ “Great Tech Places to Work” recognition. The NC Tech Awards is ...

RapidScale continues to invest in its sales team by bringing on a seasoned technology sales leader to provide coverage and support to partners in the region. RALEIGH, N.C. – Nov. 28, 2022 – RapidScale, a Cox Business company, welcomes Matt Hawkins as the new cloud solutions consultant for Alabama and Georgia. Hawkins focuses on developing ...