Last week an unprecedented malware attack hit the world, infecting more than 200,000 computer systems in over 150 countries, which makes it the largest ransomware attack in history. Ransomware is malware that locks access to a victim’s PC, applications or files. The only way to regain access is to pay a ransom, often demanded in Bitcoin.

Ransomware has quickly emerged into a massive cybersecurity threat. The ransomware worm that infected 200,000 computer systems is called “WannaCry.” This worm has caused chaos worldwide: police departments in India, universities in China, and Britain’s National Health Service have all been victims. WannaCry hackers demanded a ransom of $200 to $600 in bitcoins from organizations and individual users who were infected.

Security is and remains to be the number one priority for most businesses. Finding preventive solutions is vital for any organization or user. Educating yourself on how to prevent ransomware attacks from affecting you is crucial. 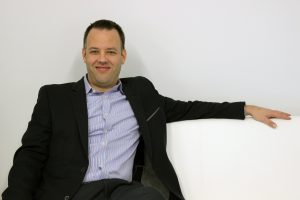 “As you’ve likely heard, WannaCry is a new ransomware variant that takes advantage of a vulnerability in the Windows operating system (MS17-010) to encrypt the infected computer’s data and hold it hostage until a ransom is paid. In addition, the vulnerability enables WannaCry to quickly spread to other machines in the same environment – all without any human intervention. While Microsoft issued a patched to the vulnerability in March 2017, millions of computers have not been updated and remain susceptible to the attack.

While ransomware attacks occur all the time, this particular attack was fairly unique in its sheer scale. Given that most businesses take an out-of-sight, out-of-mind approach to IT security, this recent ransomware attack has certainly brought the topic back to front of mind. The key to security is not leaving any open doors. Many companies stop at endpoint protection, or anti-virus software that is rarely updated, and ignore all the remaining entry points for attack.

At RapidScale, we take a proactive approach to security from the physical layer through the application layer. Starting with enhanced perimeter security that includes intrusion prevention services along with zero-day vulnerability updates, we protect the front door. From there, we always recommend protecting customers’ email with anti-spam/anti-virus, and targeted threat protection. Next, we must not forget endpoint protection and mobile device management as employee-owned devices are frequently the initial entry point for bad actors.

Ultimately it is near impossible to protect customers against every possible variation of attacks in a real-time manner, so data protection is the final measure that must be in place to give customers the ability to restore operations should their infrastructure become compromised. Services from RapidScale such as CloudBackup, and CloudRecovery are key to surviving such attacks as we are able to restore data and/or failover customers to an entirely different location in the worst case scenario.”

Want to learn more about how to protect yourself from ransomware? Reach out to our Sales team at sales@rapidscale.net

Backup as a Service

Pick the Right DRaaS Solution for Your DevOps Environment

Why Backups Are Critical to Your Compliance and Security Efforts

Disaster Recovery in the Cloud Era

Build a Strong DR Strategy to Navigate an IT Disaster