State of the Cloud - as Seen by a Citrix Veteran

The Cloud yesterday, today, and tomorrow. 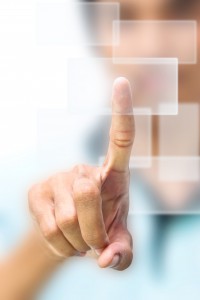 When I began working in this thing called the Internet back in 1998 with a small web-hosting company in Napa California called TabNet, I didn’t know a domain name from an ISP to an ASP.

Back in 1998, many of us called what is today considered the Cloud, ASP or Application Service Provider. I still remember being on a business meeting with a fellow from Merisel in Manhattan Beach asking him if what we are talking about is too futuristic. Looking back on that conversation now 16 years later, I would have to say the answer to that question is yes, a bit premature, but we were laying the groundwork for what today we commonly call the Cloud.

When I am meeting new people outside of work, and they ask the question, what do you do? I will answer that I work for a Cloud company, and with some hesitation, then say, oh, okay. Do they get it? Does today’s SMB market get it? Well, I am not sure about the people I am meeting socially outside of work are getting it, but the SMB market is certainly getting it.

Having spent a few years with Citrix before I came on board with RapidScale in February, I learned a tremendous amount on DaaS, (Desktop as a Service) or what we commonly would call Hosted Desktops.

Small business owners have the same wants, and desires as any enterprise company would. What they don’t have, and may not for quite some time are the deep pockets that an enterprise does. One other differentiator between an SMB and the enterprise is that many small businesses do not have an IT person on staff. Perhaps they contract out with a 3rd party company to fix network issues, repair hardware, install updates and whatever else that small business owner may need at the time.

Or, and possibly quite dangerously, someone from that small company is pretending to be an IT professional. Can an SMB afford either of those two scenarios with their entire data for that office? More and more SMB’s are realizing the answer to that question is no.

Let’s take for instance a 20 person dental office. What are they good at? They are good at filling cavities, root canals, teeth whitening and other dental procedures. What are they not good at? Two words: Information Technology. The pitch our Channel Partners at Rapidscale make to their clients is let’s have you, the SMB, focus on your core competency, and we will focus on our core competency, which is making sure your employees have access to their applications and desktops 24 hours a day, 7 days a week from any device, anytime, anyplace.

Sound easy? Well, there is a lot involved, but as the market matures, more SMB’s are moving their offices to the Cloud. And why not?  While at Citrix, a mantra there is to “level that playing field” for that SMB.  What a great concept going into a SMB’s business owner or CEO/CFO and asking a few questions.

Would you like your employees to be more productive on the job?

Would you like to free up your IT staff (if you indeed have someone) from doing Administrative type work, and allow them to work on actual projects that will drive revenue for the company?

The Cloud allows that business owner to know what their monthly and annual costs for IT moving forward will be. What a concept!  Instead of digging deep for that network overhaul, that SMB, simply as they do with their electric bill each month, just sends out a check for whatever their usage is.

What business owner wouldn’t want their employees being more productive? The ability to work anytime, anyplace on any device is what today’s workers are looking for. As the Bring Your Own Device (BYOD) market grows, employees prefer to use their own devices for “work”.  Just one more way for a business owner to save money.

I can go on and on and will in future blogs. The Cloud is here to stay. If you are looking to take advantage of this wave, come join the RapidScale Channel. 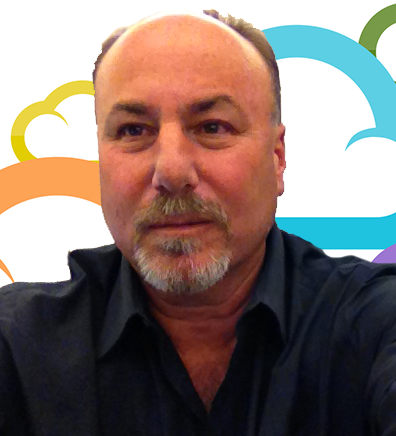 Prior to joining Rapidscale Jeff was a Major Account Executive for Citrix, a leader in the Cloud and Virtualization market. Jeff worked in their Citrix Service Provider (CSP) program for both North America and Latin America. Jeff launched both Direct and White Label programs to drive DaaS (Desktop as a Service) with Tier 1 & 2 providers like AT&T, Cox Business, Telefonica Brazil, UNE (Colombia) and a host of others.

Having sold cloud-based software for the last 12 years, Jeff is passionate about the market and brings his experience and enthusiasm to the Rapidscale team. During Jeff’s tenure at Citrix, Jeff had the opportunity to work with the Rapidscale team on numerous occasions including a project working with Verizon on a DaaS offering. “It was clear to not only myself but many of the senior engineers at Citrix that Rapidscale is far advanced in their product offerings to their Channel, which puts Rapidscale in a very unique and exciting position. The hosted desktop market especially for today’s small & medium business markets is a multi billion dollar industry and a company like Rapidscale levels that playing field so an SMB can compete with that Enterprise.

Much of Jeff’s experience has been working in the Channel. Jeff got his start in the Cloud in the late 90’s working for Verio an NTT company. Jeff’s role in Business Development allowed him to broker deals with the likes of Microsoft, Computer Associates and many other dot com companies in the early stages of the Internet and ASP.

Pick the Right DRaaS Solution for Your DevOps Environment

Disaster Recovery in the Cloud Era